Ivan Aivazovsky was a Russian painter associated with the Romanticism movement. He is considered one of the greatest marine artists in history.

Following his education at the Imperial Academy of Arts, Aivazovsky traveled to Europe and lived briefly in Italy in the early 1840s. He then returned to Russia and was appointed the main painter of the Russian Navy. Aivazovsky had close ties with the military and political elite of the Russian Empire and often attended military maneuvers. He was sponsored by the imperial family and was well-regarded during his lifetime.

The saying "worthy of Aivazovsky's brush", popularized by Anton Chekhov, was used in Russia for "describing something ineffably lovely." 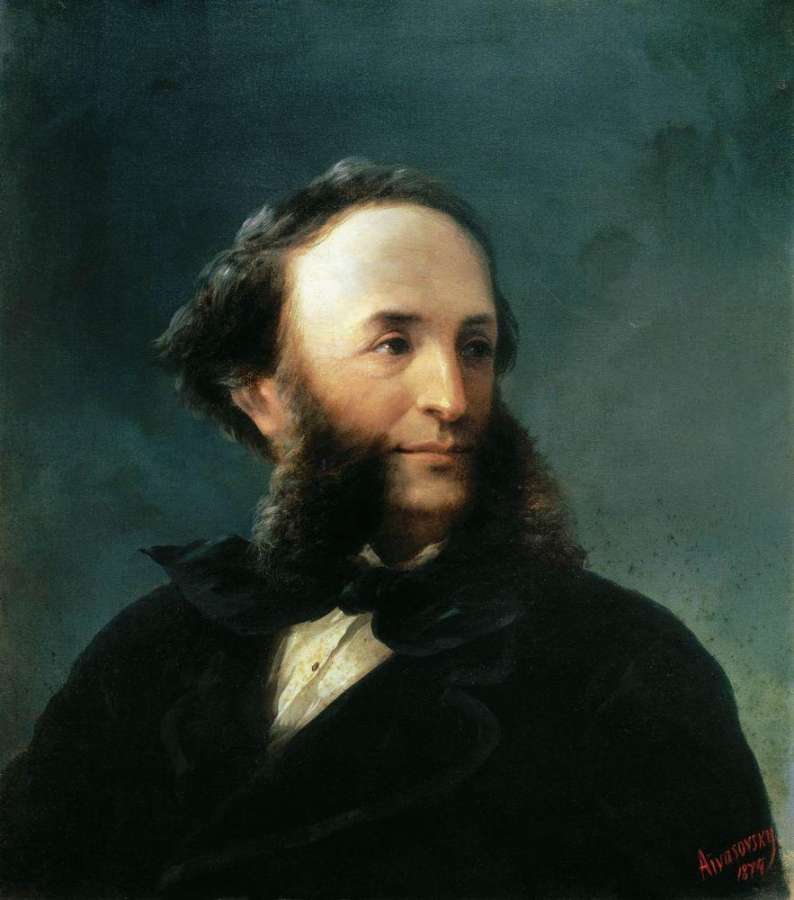