Michelangelo Merisi (Michael Angelo Merigi or Amerighi) da Caravaggio was an Italian painter active in Rome, Naples, Malta, and Sicily between 1592 (1595?) and 1610. His paintings, which combine a realistic observation of the human state, both physical and emotional, with a dramatic use of lighting, had a formative influence on Baroque painting.

Caravaggio trained as a painter in Milan under Simone Peterzano who had himself trained under Titian. In his twenties Caravaggio moved to Rome where there was a demand for paintings to fill the many huge new churches and palazzos being built at the time. It was also a period when the Church was searching for a stylistic alternative to Mannerism in religious art that was tasked to counter the threat of Protestantism. Caravaggio's innovation was a radical naturalism that combined close physical observation with a dramatic, even theatrical, use of chiaroscuro which came to be known as tenebrism (the shift from light to dark with little intermediate value).

He burst upon the Rome art scene in 1600 with the success of his first public commissions, the Martyrdom of Saint Matthew and Calling of Saint Matthew. Thereafter he never lacked commissions or patrons, yet he handled his success poorly. He was jailed on several occasions, vandalized his own apartment, and ultimately had a death warrant issued for him by the Pope after killing a young man, possibly unintentionally, on May 29, 1606.

An early published notice on him, dating from 1604 and describing his lifestyle three years previously, recounts that "after a fortnight's work he will swagger about for a month or two with a sword at his side and a servant following him, from one ball-court to the next, ever ready to engage in a fight or an argument, so that it is most awkward to get along with him." In 1606 he killed a young man in a brawl and fled from Rome with a price on his head. He was involved in a brawl in Malta in 1608, and another in Naples in 1609, possibly a deliberate attempt on his life by unidentified enemies. This encounter left him severely injured. A year later, at the age of 38, he died under mysterious circumstances in Porto Ercole in Tuscany, reportedly from a fever while on his way to Rome to receive a pardon. 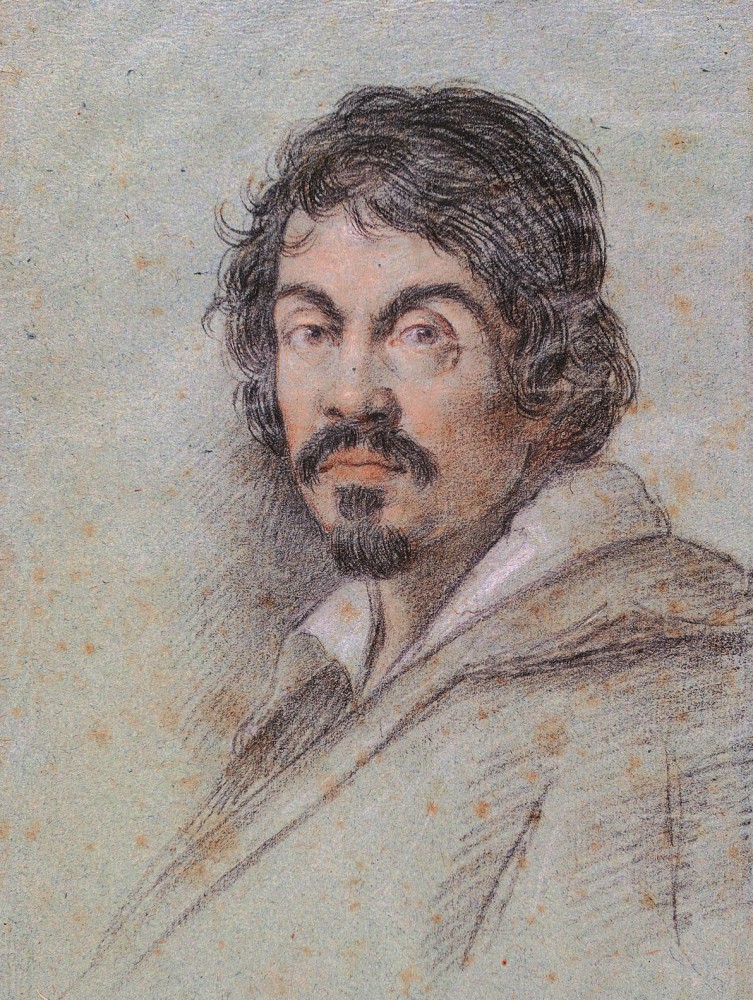