Doménikos Theotokópoulos, most widely known as El Greco (Spanish: "The Greek"), was a painter, sculptor and architect of the Spanish Renaissance. The nickname "El Greco" refers both to his Greek origin and Spanish citizenship. The artist normally signed his paintings with his full birth name in Greek letters, Δομήνικος Θεοτοκόπουλος (Doménikos Theotokópoulos), often adding the word Κρής (Krēs, "Cretan").

El Greco was born in Crete, which was at that time part of the Republic of Venice, and the center of Post-Byzantine art. He trained and became a master within that tradition before traveling at age 26 to Venice, as other Greek artists had done. In 1570 he moved to Rome, where he opened a workshop and executed a series of works. During his stay in Italy, El Greco enriched his style with elements of Mannerism and of the Venetian Renaissance. In 1577, he moved to Toledo, Spain, where he lived and worked until his death. In Toledo, El Greco received several major commissions and produced his best-known paintings.

El Greco's dramatic and expressionistic style was met with puzzlement by his contemporaries but found appreciation in the 20th century. El Greco is regarded as a precursor of both Expressionism and Cubism, while his personality and works were a source of inspiration for poets and writers such as Rainer Maria Rilke and Nikos Kazantzakis. El Greco has been characterized by modern scholars as an artist so individual that he belongs to no conventional school. He is best known for tortuously elongated figures and often fantastic or phantasmagorical pigmentation, marrying Byzantine traditions with those of Western painting. 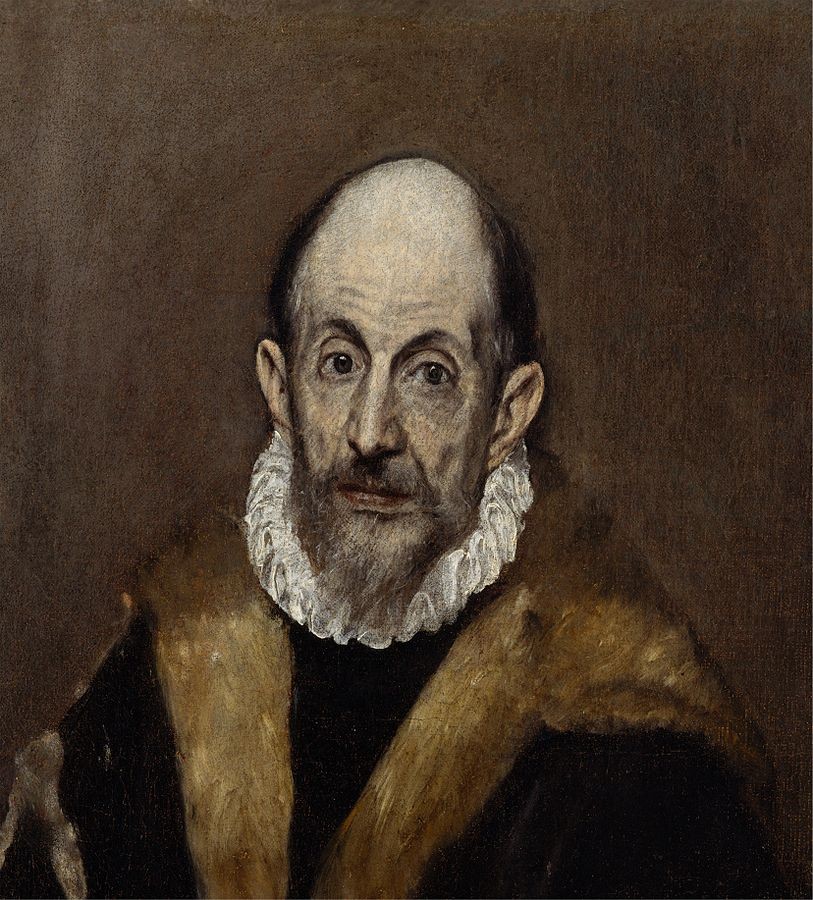