Frédéric Bazille was born in Montpellier, France, into a wealthy Protestant family. After seeing some works of Eugène Delacroix he became very interested in painting, so his family agreed to let him study painting, but only if he also studied medicine.

Bazille moved to Paris in 1862 to continue his studies of medicine, but after failing his exam in 1864, he began painting full-time. There he met Pierre-Auguste Renoir and Alfred Sisley, and was drawn to Impressionist painting. He was close friends with both Claude Monet, and Édouard Manet. and he was known for being generous with his wealth, helping to support his less fortunate associates by giving them space in his studio and materials to use.

Bazille was 23 when he created several of his best-known works, including The Pink Dress . His best-known painting is Family Reunion of 1867–1868 which is now on display in Paris.

He was only 28 when he was killed on the battlefield during the Franco-Prussian War. 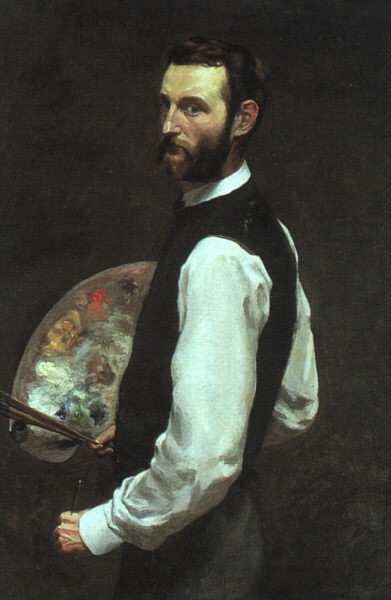